What the Bible says about Marriage

This is God's institution: He said it was not good that man should be alone, and He provided a suitable help for Adam in the person of Eve. Adam said, "This is now bone of my bones, and flesh of my flesh: she shall be called Woman (isha), because she was taken out of Man (ish). Therefore shall a man leave his father and his mother, and shall cleave unto his wife: and they shall be one flesh." Ge 2:23-24. This declaration of union was confirmed by the Lord, who, in quoting the above, added, "Wherefore they are no more twain, but one flesh. What therefore God hath joined together, let not man put asunder." Mt 19:5-6; Mr 10:7-9. It is confirmed also by being taken as a type of the sacred union of the Lord with the church: "We are members of his body, of his flesh and of his bones. For this cause shall a man leave his father and mother, and shall be joined unto his wife, and they two shall be one flesh. This is a great mystery: but I speak concerning Christ and the church." Eph 5:30-32. 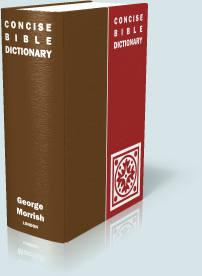 All this shows that God's institution of marriage was the union of one man and one woman, the two and only two, becoming one. What is more than this is not of God, but is of human lust. This order was first broken through by Lamech, the sixth from Adam, who had two wives. Long after this instances are recorded of wives, on account of their great desire for children, giving their maid servants to their husbands: an act that would now be judged as most unnatural in a wife. Sarai gave her Egyptian handmaid to Abram 'to be his wife' (the same word for 'wife' being used for both Sarai and Hagar), and God said He would make of Ishmael a great nation. Jacob's two wives gave their handmaids to their husband, and thus he had four wives. God reckoned the twelve sons of these four women equally as sons of Jacob, and they became the heads of the twelve tribes. It might have been thought that God would not have blessed the issue of these unions, but He did: there is no record of any law having been given on this subject.

In early times marriages were also contracted between near relatives. This was altered by the law of Moses as well as restrictions introduced as to divorce, though even under the law, because of the hardness of their hearts, Moses allowed them to put away their wives for any cause, "but from the beginning it was not so," and from the time the Lord was on earth it was not to be so any longer. Mt 19:5-9. The choice of persons to be appointed as bishops and deacons in the church, was restricted to those who were the husbands of 'one wife.' 1Ti 3:2,12; Tit 1:6. God has providentially so ordered it in all countries called christian that a man is allowed to have but one wife; and in the best of those countries a man cannot divorce his wife except when she herself has already broken the marriage bond. Instruction is given in the Epistles to both: the wives are to be in subjection to their husbands, and the husbands are to love and cherish their wives, even as Christ the church. Eph 5:28-29.

It is not now known how the negotiations were conducted that led to a man and woman being betrothed, or espoused, or what were the ceremonies usually attending it. The betrothed couple were at once looked upon as husband and wife, as seen in the case of Joseph, who thought of divorcing his espoused wife Mary. Mt 1:18-19. In the East a man does not usually see his espoused wife until they are married (as Isaac did not see Rebecca and had no choice in the matter), the engagement, and the amount of dowry to be paid by the husband to the bride's father, being arranged by the relatives.

Of the ancient marriage ceremonies very little is known. On the night of a marriage the young women went forth with lamps or torches to meet the bridegroom and to escort him to the house of the bride, as in Matt. 25. Such processions have been seen in modern times, and the same cry has been heard, "Behold the bridegroom." They had marriage feasts, as in the parable of Matt. 22 (when a special garment was provided for each of the guests), and as the one to which the Lord, His mother, and His disciples were invited at Cana, where the Lord made the water into wine. Joh 2:1-11.

The assembly has been espoused as a chaste virgin to Christ, 2Co 11:2; and it waits for that glorious time when it will be said, "Let us be glad and rejoice, and give honour to him: for the marriage of the Lamb is come, and his wife hath made herself ready ... arrayed in fine linen, clean and white; for the fine linen is the righteousnesses of saints ... Blessed are they which are called unto the marriage supper of the Lamb." Re 19:7-9. The Lord will also have an earthly bride during the kingdom. Ho 2:7. See also the Canticles.

—Marriage, from the Morrish Bible Dictionary.

“I have found it to be one of the easiest and fastest reference guides that I have ever used.”
Carson Wilson